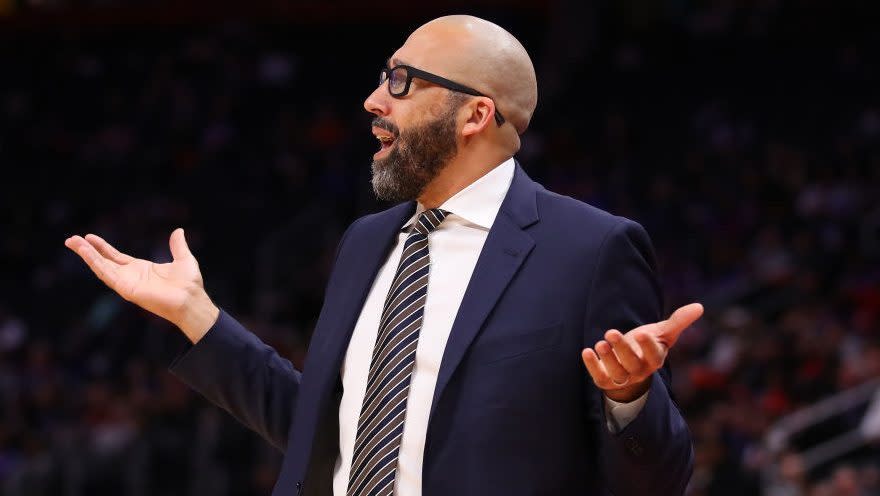 Just how thin the ice is under David Fizdale's feet at Madison Square Garden has been a topic of conjecture around the league. Nobody thinks he's safe — when the owner forces the president and GM to do a press conference 10 games into the season you know things are bad — but considering Fizdale is getting paid for this season and the next one, a mid-season coaching change would only happen if things looked dire. Try to predict the moves of James Dolan and company at your own risk, but at least some in the organization think things may bubble over sooner rather than later.