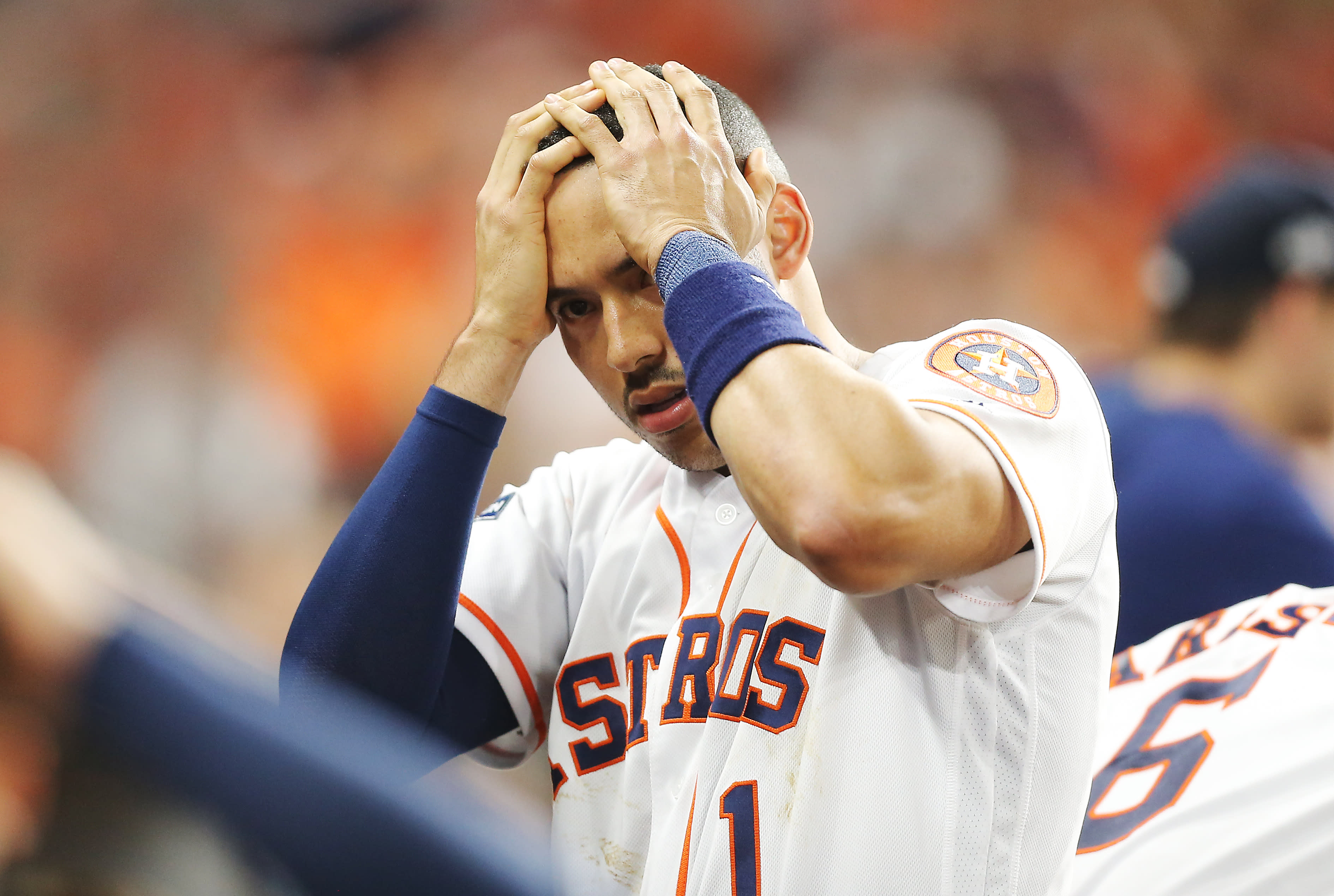 In the middle of Game 2 of the American League Championship Series, the play and the players from New York and Houston froze for a few minutes in the bottom of the fifth at Minute Maid Park. With the score knotted at two runs apiece, Astros outfielder Michael Brantley fouled off a slider from Yankees pitcher Adam Ottavino. If you were paying attention to where all the action usually takes place around home plate, within the purview of the television broadcast, all you saw was the pitcher, catcher, umpire all turn to look into the Astros' dugout and the batter turn the opposite direction, walking with his head down until he was fully out of the dirt circle surrounding the plate.