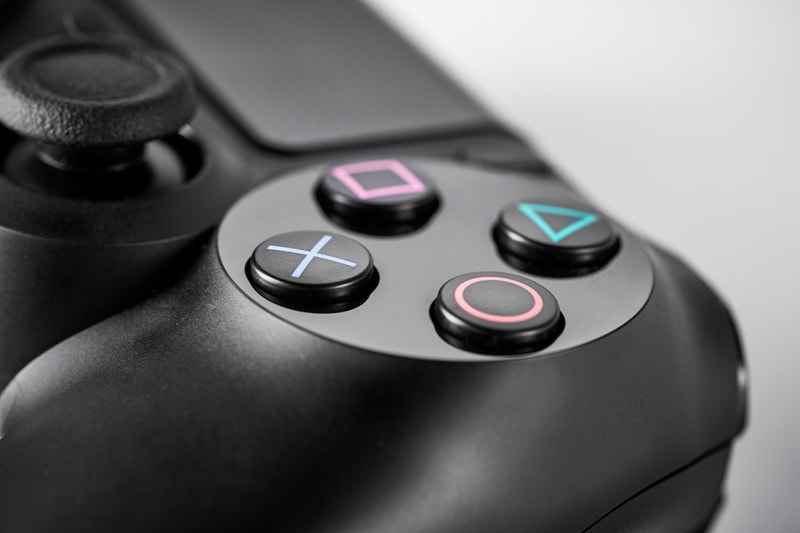 Sony has officially announced its highly anticipated PlayStation 5 console for a Holiday 2020 release. The new system is poised to come with a Solid Save State (SSD) and a newly revamped controller as well. Although the overall design of PlayStation controllers has remained the same over the years, Sony has also heavily upgraded them throughout the years to accommodate the evolution of console capabilities and new software.

Sony has set the industry standard for controllers over the years, producing innovation that Nintendo and Microsoft would follow to this day. With news of an upcoming Sony system on its way, we decided to trace the evolution of Sony's PlayStation controllers throughout the decades, from the original 1995 iteration to today. The original PlayStation first hit shelves in Japan in December '94 before releasing globally the following year. The gray console introduced PlayStation’s classic design for a controller, which Sony has never strayed too far away from. That first controller included the now signature D-pad, with four shapes for buttons -- a triangle, circle, X (recently announced as "cross") and square -- that would collectively go on to visually represent the PlayStation brand.

Two years later, a pair of thumbsticks was added to the original controller and has remained a staple in every PlayStation controller design thereafter. It made sense for the controller to have directional inputs able to register 3D movements, especially since 3D games were a system selling point at the time. The only tradeoff in adding the tech was making the previously slim controller bulkier. The inclusion of directional sticks for the Dual Analog controller went on to become a standard within the video game industry that is still in place to this day.

With developers now utilizing vibrations to correspond to in-game actions as exemplified by Nintendo's Rumble Pak add-on, Sony also implemented the tech in its new controller. This was the first PlayStation controller with vibration feedback and the last controller to be released for the original PlayStation. A number of developers were even able to utilize its two motors to convey immersion; Konami’s Metal Gear Solid utilized this for its cinematic helicopter scene, while Namco used it to convey damage taken in Tekken 3. The PlayStation 2 took what worked well with its predecessor and expanded upon it. The analog sticks were stiffened for more accurate degrees of movement, and their leather texture allowed the controller a better grip than ever before. Its face buttons and analog sticks were also given pressure sensitivity to better confirm inputs. As such, titles like Gran Turismo 4 were praised for their realistic physics. Gaming was all about motion sensors around this time, and yet again, not wanting Nintendo to offer anything Sony’s console didn't with its motion-heavy Wii system, the PlayStation 3 was introduced alongside a wireless Sixaxis controller. It aptly tracked players' every movement with its six axes sensor, allowing devs to use the tech to direct in-game movement, such as the shooting sequences in Heavenly Sword.

It also had a USB mini-B port for internal battery charging and could be used on a PSP Go via Bluetooth connection. Sony reverted the design back to a sleeker look similar to the original controller since its vibration motors were gone, but changed the shapes of the L2/R2 buttons into triggers because of the popularity of first-person shooters at the time. The controller introduced a "PS button" at the center as well, which can still be used to access the home menu.

The Sixaxis also incurred a patent infringement from another company that had been developing haptic controls long before Sony. Many believe the concept and product were rushed out due to being announced shortly after the Wii, and even more so when the developer behind Warhawk (the only title to preview the tech at E3) said that the tech was implemented only 10 days or so before the event.

Once Sony realized its PlayStation fans came to PlayStation to avoid having motion controls forced on them (and a long lawsuit finally settled), the team went back to the DualShock system it had previously developed. This new controller incorporated everything the Sixaxis controller introduced and combined it with previous DualShock tech. As such, the DualShock 3 went on to officially replace Sixaxis entirely when it was discontinued soon after DualShock 3's release. Despite several flaws, the Sixaxis controller introduced many things that would be extrapolated further for the DualShock 4. One new addition was a clickable built-in touchpad on the front of the controller. Another addition was its stereo headset jack, which allows players to communicate with each other online. The controller supported motion detection and vibration like the DualShock 3, but also featured a light bar with three LEDs to identify local players and react to certain gameplay elements of a given title. For example, Grand Theft Auto V flashed the LED red and blue when characters are wanted by the cops. Staple START and SELECT buttons were consolidated into a single OPTIONS button and a dedicated SHARE button was added to upload screenshots and videos of gameplay.

After Sony confirmed a small batch of their original DualShock 4 controllers were faulty, it quickly released a new version of the DualShock 4 with slight improvements over the original. These improvements included USB communication, longer battery life and the ability to see the light bar from the top of the touchpad.

PlayStation 5's new controller will feature haptic technology and will allow developers to adjust the resistance of its L2 and R2 triggers: https://t.co/gLrxPRMPNi #PS5 pic.twitter.com/Tfeq3qJugJ

According to reports, the upcoming PlayStation 5 will replace the controller’s standard rumble technology with haptic feedback and combine it with the L2 and R2 buttons as “adaptive triggers.” The new haptic feedback could be a response to haptics being utilized in contemporary mobile titles to further immersion. Or it could very well be the next natural progression of the DualShock vibrations Sony innovated.

Either way, this marks the first home console to utilize the tech outside of third party brands like Scuf. Only time will tell how developers employ haptics in future games of the console when it arrives late next year.